The Strive2thrive campaign will help veterans convert their military skills to civilian qualifications, improving their capacity to find employment.

By partnering with a leading training organisation, Asset College, CIS is raising funds to provide 50 veterans with nationally recognised qualifications.

Knowing first-hand the difficulties veterans face upon returning to civilian life, Matt applied for over 50 positions after leaving the military.

“I know countless others who have faced the same challenge and after a few months it can get pretty tough, I’ve had three mates of mine in similar situations pass away to due mental health issues”,

“CIS was founded to provide underserved communities with the support they need to thrive. Gainful employment after service is vital for veterans to build a successful future”,

“When veterans leave the Defence Force, they possess a range of valuable skills that are extremely useful in the civilian space, but they don’t have the qualifications to reflect their experience”,

“Skills in leadership, communication and risk analysis are easily found in ex-defence personnel and are useful in any role, particularly management”, Mr Pitt said.

“It’s a small thing people can do to help the veteran community and will go a long way in assisting someone who is struggling to find employment”, Mr Pitt said.

To donate to the campaign visit our MyCause campaign here. 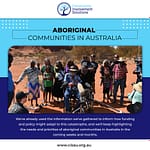 The Challenges Of Community Development In The Face Of COVID-19

The Role of Education towards Development of Indigenous Communities Australia 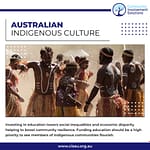